As explained in my main article about Helsinki over here, Suomenlinna is to me one of the must-see spots of the city, even if it’s not technically part of it. Indeed, it is an archipelago of 80 hectares counting 8 rock islands, a few miles away from Helsinki coast. The main 5 of them are interconnected by bridges, so that you don’t even realize they are actually separated. On this main part, a fortress was built by the Swedes (with French financial support) to defend the capital from Russian occupation at the end of the 18th century. Initially called Sveaborg, it was renamed at the occasion of Finnish independence in 1917. It is now considered as a district of Helsinki.

Therefore formerly used as a military base or as a prison, Suomenlinna Fortress is now a UNESCO World Heritage Site since 1991. This title, and all the military specificities present on site, made it become a highly touristic recreation area, considered a “unique historical monument, and one of the largest military fortresses in the world”. But apart from tourists, Suomenlinna is also home to 850 permanent inhabitants, including all the small neighboring islands composing it.

How and when to go there?

To explore the island, it’s incredibly easy: you just have to take a ferry departing from Kauppatori (the Marquet Square). The return tickets costs only 5€ and the crossing is very fast, approximately 15min, during which you have a nice view over Helsinki center, as below.

Depending on the season and time of the day, 1 to 4 ferries make the connection per hour – you can find all the schedules on HSL website. Therefore, the duration of the visit on-site is entirely up to you! You can spend the full day there to discover all the wonders of the island as well as its museums, or just go for a few hours to have a walk and stroll through the different things to see. On our side, we didn’t do the museums because we like outside activities more, but apart from them we saw everything in only 3 hours! If you follow the itinerary I suggest you, then it will work perfectly as a nice afternoon stroll.

What to see exactly?

Suomenlinna can basically be visited as a tour. When you take the ferry, you precisely arrive on the island Iso Mustasaari (you will find a map a bit later below). There, you will enter the small harbour and directly join the “center” of the village, as you can see on the pictures below. The village is composed of lovely tiny colourful houses that will for sure make your heart melt and feel the inner vibe of the place. This is also where you will be able to find all the cafes and restaurants for a nice break.

Have a look at the village, and if you keep walking straight, you will soon find on your left the lovely church of the archipelago, Suomenlinnan kirkko. It is quite tiny but simply adorable, and if you walk around, you can find nice views over the ocean, as it is surrounded by a park. A lighthouse is also still in use. When we were there, we even had the chance to attend an acapella concert inside, which was absolutely magical.

Then still keep straight and you will arrive in front of the Museum of War, and behind it, the former prison of the island. As said before, I didn’t visit them, but of course feel free if you want to! On this part of the archipelago, it is the main attraction. On your right, and right before crossing a first bridge, you will also find Suomenlinna Museum, telling you everything about the islands’ history. It is open everyday from 10.30am to 6.30pm. Inside you can also find a nice snack-bar and boutique. We got some sweets there, along with some glögi, as I told you in the food article.

It is a nice option to grab something on the go, but don’t worry Suomenlinna also counts real and nice restaurants. By the way you will find one of them like 1 minute away after exiting this museum, on the other side of the bridge that will be in front of you. The menu there looked pretty appealing!

After crossing this bridge, and without even realizing it, you’re now on a second island: Susisaari! This one is where main of the fortress is located. Have a look at the map I created and added below if you want to have a better idea of Suomenlinna geography and composition. You can also take a screenshot of it in order to remember all the must-see spots!

Once you are on Susisaari, two options: you can either start by going to your left, touring the islands until the very bottom and coming back by the cannons spot, or you can keep walking straight, explore the fortress and cannons first, and then go to the south and come back by the opposite coast. We chose this second itinerary, but it’s just a matter of order! In any case, the whole tour will last around 1h if you take your time, including the stops to take pictures and so on.

With that second option – if you choose this one – you will arrive on the main square of the fortress, the Great Court. Then, keep walking (you won’t be lost, everything is nearby and well indicated), and this is what you will see around. Do not hesitate to enter the fortress and have a look at all the hidden corners of it. Best way to fall back into childhood is to venture into the many tunnels of these fortress’ strongholds for an unusual visit. One tip though, if you want to explore properly, take a flashlight, they are not all lit!

And after the fortress, maybe a 100 meters away, you will find the defense line, dotted with all the cannons. As they are along the coast (for logical reasons), it is really nice to explore the spot while being by the sea, breathing pure air and admiring the pretty amazing views. Just follow the paths leading to everything, and you will enjoy nature and raw land, while discovering what’s left of the military base. It also includes a lot of old underground shelters, turning the ground into a mogul field, as you can see below. So interesting to visit them and imagine what it was like!

Then, keep following the coast line, enjoy the smell of the sea and the tiny little houses you will pass by, and you will soon be in the third and southernmost island, Kustaanmiekka. Only a narrow strip of land connects it to its neighbour Susisaari, but you won’t even notice that you have been from one island to another. You will find some fortified construction as well on it, still significant parts of Suomenlinna fortification, including the Kuninkaanportti, or King’s Gate. Main entrance of the fortress, it is considered as the most famous symbol of Suomenlinna, with its little drawbridge.

This whole walk is so nice! But it’s already ending. After King’s Gate, you will be on your way back to the center of Suomenlinna already. Only one last step on the road: the submarine Vesikko. Used during World War II, it is one of the most popular attractions on the island. Indeed, Suomenlinna dock area was the base of Finnish submarines at that time. Since then, the Paris Peace Treaty of 1947 forbade Finland from having submarines, so they were all scrapped, with the exception of Vesikko. It was restored as a museum and opened to the public in 1973. However, be careful, the inside is only open during summer season! If you happen to be there at the right period, then the entrance ticket will cost you 7€ for adults and 4€ for children between 7-17 (free under 7).

Inside, you will see the cramped interior environment where the approximately 20-member crew once worked dozens of metres below the surface of the sea. Quite impressive!

After that, you’ll have officially seen all the attractions of the archipelago. Head back to the center of the village by crossing the bridge to Iso Mustasaari again (the very first island, where the ferry arrives). The view on this path is also stunning, overlooking the church and the bridge! By the way, on the other side of the bridge, you can catch sight of one of the oldest shipyards, still in operation. There’s not much to visit there, but it’s interesting to note it.

Depending on what time it is when you are done with the walk and back to the harbour, you might witness the best spectacle while waiting for the ferry. Indeed, in both summer and winter, the sunset on Suomenlinna is a unique and absolutely magical experience. What is good is that they adapt the number and schedules of ferries to sunset time, which means that the later the sun goes down, the later you can go back to Helsinki mainland. In summer, the last one is at 2am sometimes! How cool?

For us, as it was winter already, the sun was setting between 3.30 and 4pm, which was perfectly on time with our overall itinerary and planned return. Therefore, we have been able to witness it from the land first, and then over the sea while on the ferry, and both moments were full of magic. Ready for a huge amount of pictures below? -oupsi-

To my opinion, the very best spot to watch the sunset from is near the harbour, as I told you above, but more especially on the other side of it. Which means not on the village side, but behind the harbour, on the bridge leading to Pikku-Musta island (see map upper in the article). There is nothing to visit in the two northern islands of the archipelago, however this is where the sun precisely falls and where the colors are the most vibrant. I absolutely fell in love with that exact spot at this exact moment!

Then it was time to take the ferry back to Helsinki itself, from which we witnessed the end of the sunset. Definitely the perfect moment to return! Look how magical it was!!

I hope this article was helpful, and made you want to discover this wonderful archipelago part of Helsinki. For my complete itinerary suggestion in the city, you can head here, Suomenlinna is included in it! Otherwise, you will find all my other articles about Finland’s capital over there. See you soon in another article!

You may also enjoy: 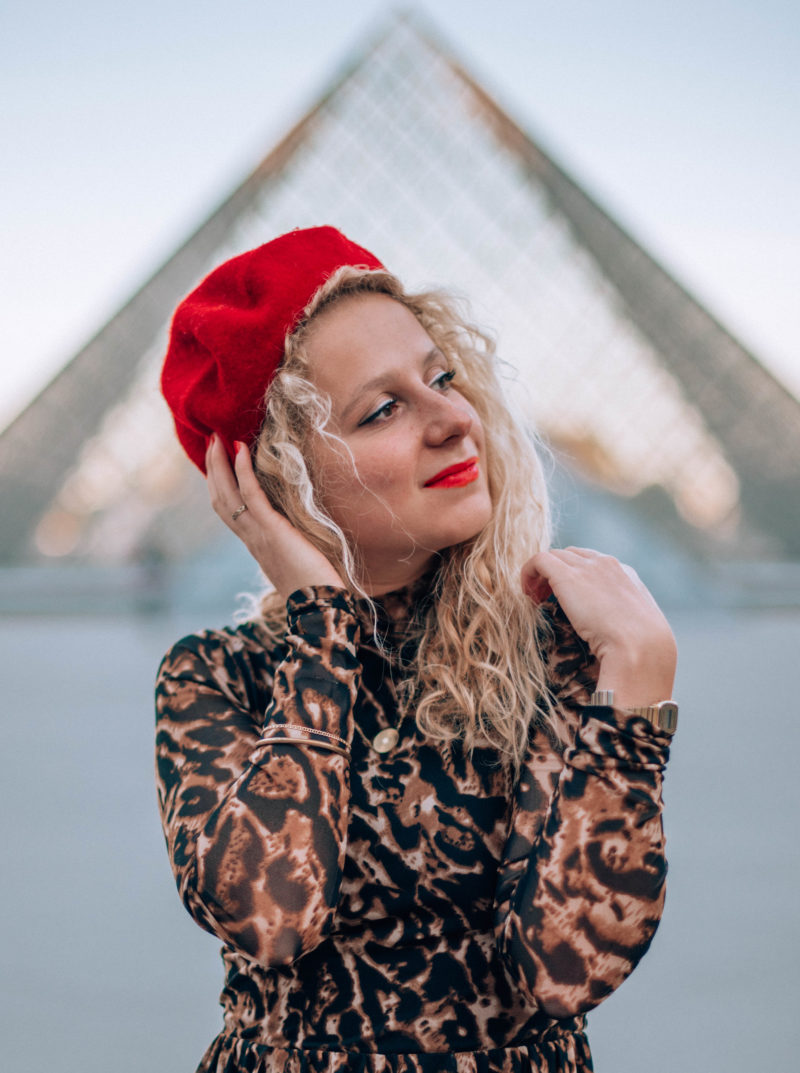 Hey you! I am Léa, a travel blogger who just loves discovering our wonderful world more than anything.
My wish is to help you plan your own dreamy trips. Happy wandering!

Where am I now?